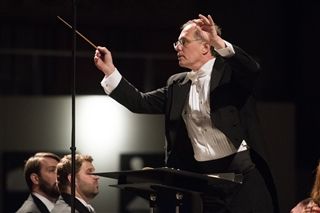 In addition, Kent is Director of Choral Activities and Chair of the Organ Department at the Manhattan School of Music and is a member of the graduate faculty of The Juilliard School. Also an acclaimed organ virtuoso, Kent Tritle is the organist of the New York Philharmonic and the American Symphony Orchestra. 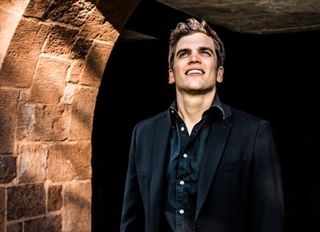 Bryan Zaros, Associate Choirmaster
Bryan Zaros is a young American conductor recognized for his “strong musical imagination” and “deep sense of musicality and communication.” A native New Yorker, Bryan received a Bachelor of Music in Sacred Music from Westminster Choir College and a Master of Music in Conducting from the University of Michigan. He is currently a candidate for the Doctor of Musical Arts degree in Conducting at the Manhattan School of Music.

Bryan began his professional musical training as a member of the Metropolitan Opera Children’s Chorus and as a boy chorister at The Church of the Transfiguration NYC. At the age of sixteen he was appointed the Assistant Choirmaster at Transfiguration while also serving as the Assistant Choirmaster at St. Bartholomew’s Park Avenue; leading them on their tour of English Cathedrals, conducting services at Salisbury, Portsmouth, Southwark and Canterbury Cathedrals. Recent conducting engagements have included invitations with choirs and orchestras in England, Italy, Switzerland, Canada, Sweden, Argentina, Greece, Slovenia and Romania. Most notably he has conducted concerts at Alice Tully Hall, Lincoln Center and at American Choral Director’s Association Conferences. He is a recipient of several conducting awards including an American Prize award in Conducting.

Most recently, Bryan served as the Director of Choral Activities at Avon Old Farms School, an exclusive all male boarding high school in Avon, Connecticut; as the Conductor of the Archdiocesan Choir and Orchestra at the Cathedral of Saint Joseph in Hartford; and as a conductor of choirs at the University of Hartford. Bryan began his tenure as the Associate Choirmaster at the Cathedral of Saint John the Divine in August 2016 and made his conducting debut with the Cathedral’s Choirs at Westminster Abbey, London.
1047 Amsterdam Avenue   |   New York, NY 10025   | P:  212-316-7500   | F:  212-316-7558